Your Local Guide to 4th of July Celebrations in Boston!

Celebrating Independence Day here in Boston is unique because  Boston is where the fight for American liberty began. The Boston Tea Party gave the colonists the motivation to stand up for their rights and to ultimately risk their lives by going to war for their independence. As you can imagine, it has grown to become an extremely special occasion in the area with attractions and presentations that you simply won't find anywhere else.

Whether you'd rather experience Boston's history in a fun, energetic way or indulge in the infamous Fireworks show over the Esplanade, the choices are endless.

Check out our list of 4th of July Celebrations in Boston for 2017. Enjoy!

"Get ready for a memorable evening at the free Boston Pops Fireworks Spectacular located on the Esplanade along the banks of the Charles. Pop star Andy Grammer and singer/songwriter Melissa Etheridge join Keith Lockhart and the Boston Pops this year for the famous pre-fireworks concert."

The Boston Pops will begin playing with the National Anthem at 8:30 PM followed by a spectacular fireworks show at 10:30 PM over the 7 barges in the middle of the Charles River. 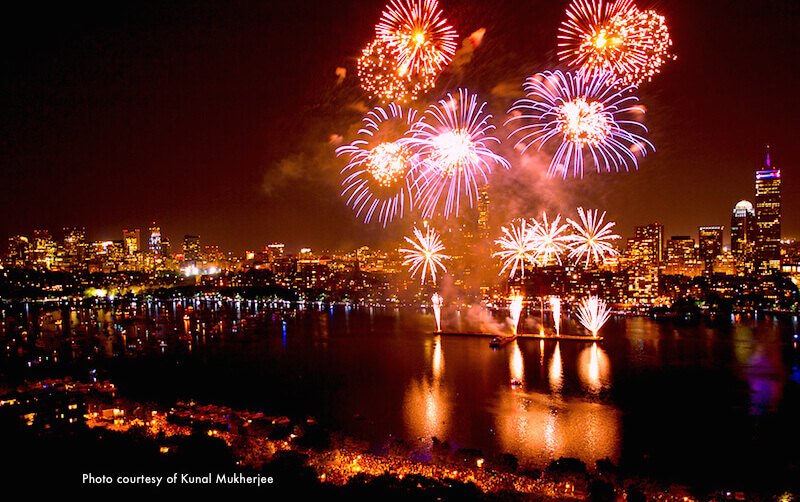 Opening ceremonies are on June 30th where Mayor Marty Walsh will kick off the 36th Annual Boston Harborfest by cutting the Harborfest Cake while the215th Army Band plays! 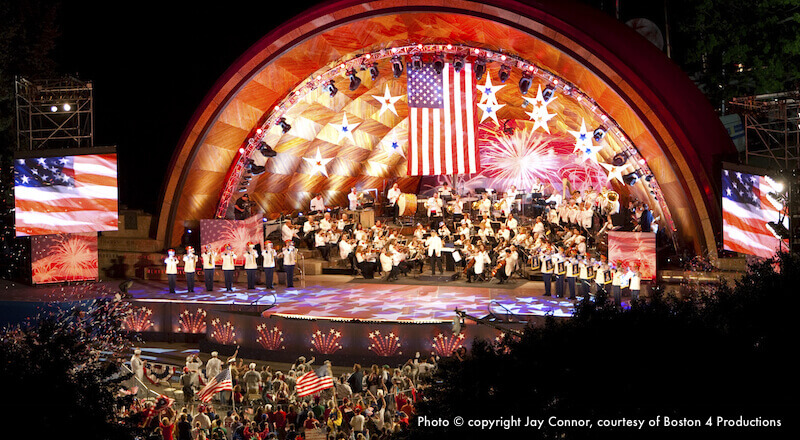 "Check out the Sunset Parade in front of Old Ironsides. This “stationary” parade showcases reenactments and musical selections from the 19th Century—the heyday of our beloved USS Constitution. You’ll get into the Revolutionary groove with fife and drums, the 1812 Marine drill, ship’s guns exercises, and more– culminating with live cannon fire"

Celebrate the amazing progress of USS Constitution's current restoration.View hidden parts of the Ship now revealed during dry dock, visit the Museum and discover the secrets that made her so successful. 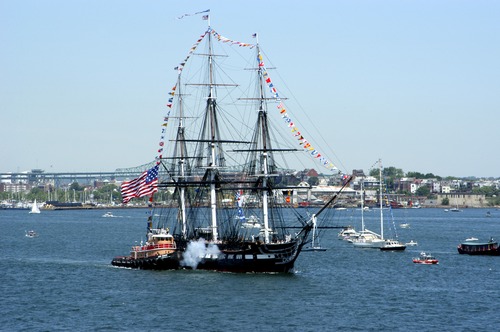 4. Footloose on the Freedom Trail

"A Boston tradition! Footloose on the Freedom Trail is a 3 hour guided walking tour of the entire Freedom Trail from the Boston Common and Massachusetts State House to the U.S.S. Constitution offered every Independence Day. Walk the 2.5-mile route with us on this patriotic tour through 16 historic sites, as it winds its way through Boston's history. There's no better time to do it than on the Fourth of July, no better way to start off the day, and no better way to celebrate America's birthday!" 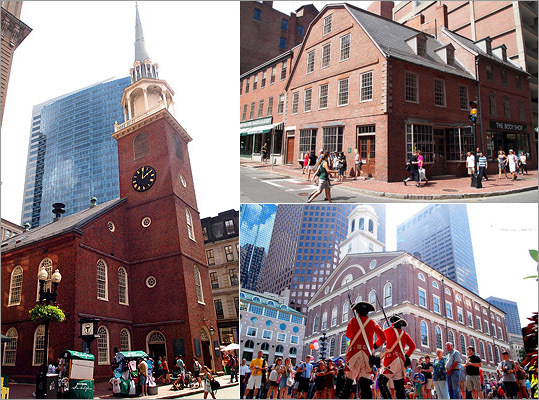 "For those who can’t bear the crowds, you can celebrate the Fourth in high style–52 floors above the Back Bay at the Top of the Hub. The evening features cocktails, dinner, a simulcast of the Boston Pops concert, and an ideal vantage point of the fireworks. Reservations required." 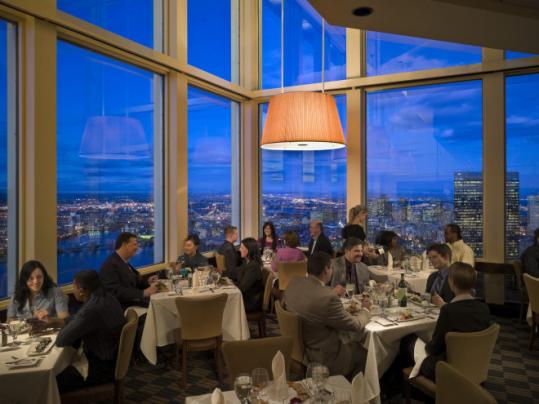